WHAT IS A FRANCHISE?

Home | Blog | Business tips | WHAT IS A FRANCHISE?

WHAT IS A FRANCHISE ?

A franchise is a collaboration between a franchisor and a franchisee: for a fee, the franchisee has the right to use the franchisor’s business concept. But this cannot be just any concept: to be used as a franchise, the concept must be a tested and proven one.

Take note: a franchisee is not an employee. He/she is a partner who manages his or her own sales outlet. You manage the ordering, as well as the staff and customers: the franchisor can give you advice, but not instructions. And don’t confuse franchising with trademark licensing, affiliation commission or cooperative/exclusive concessions.

Having your own business with a minimal risk, this is what franchising offers. The well-known brand and the expertise of the franchisor are your safeguard against gross errors that could jeopardize the future of the store or sales point. Mutual trust is at the heart of the relationship between the franchisee and the franchisor: a franchise agreement formalizes the obligations of both parties.

Why go for a franchise? What are the benefits for the franchisee?

The growing number of networks, their turnover year after year and the lifespan of franchised businesses compared to standard start-ups demonstrate each year that franchising is a business model that works. 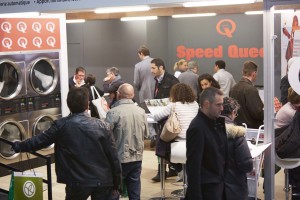 Why become a franchisee:

Contractual obligations of the franchisee

How do you become a franchisee?

To become a franchisee, you need first to understand the franchise model, its benefits and obligations. Then choose your franchise network: check it out on internet (online franchise directories), participate in Franchise Expo Paris (every March, Porte de Versailles) and in franchise expos organized across France, or else inquire from the French Franchise Federation. Finally, you will need to draw up business plan (market research, profit forecast…).

Is opening a franchise difficult?

That depends on the brand you choose and the complexity of the business concept. Generally speaking, opening up a franchise requires no special skills and the start-up process is fast.

Our advice: choose concepts that are innovative or less well known to the general public. The better known a franchisor is, the stricter the selection process will be and the slimmer your chances of realizing your life’s ambition. 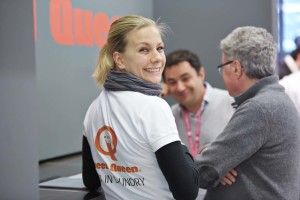 How much does a franchise cost? Can I join a franchise network without personal investment ?

There too, it all depends on the franchise concept, but you can join a network which has some capital of its own and which offers financing solutions for your project (in-house or through a bank). Choose your network, inter alia, according to your budget: €10 000, €15 000, €20 000… €50 000, €80 000, €100 000 or more. Opening a 200 room hotel or a self-service laundry involve different costs in terms of energy, time and money! There will always be a franchise within your means, even if your budget is tight.

How long will it take to open my franchise?

One year should be sufficient time to prepare for the opening of your sales point. First, you must find the best possible location: the number 1 key to success for any business, whether that location is a shopping center, a shopping street, a university campus… In general, the franchisor assists you with this stage, during the preparation of the business plan.

Can I open a franchise without any previous experience?

Some concepts require experience or specific training. A user manual and expert advice could be sufficient to get you started. At most you will receive initial training and ongoing training… in other words, you can open a franchise without experience, with some exceptions, such as in the case of opticians (an official diploma is required).

ARTICLE +  B2B: which customers for my laundromat?

The most promising business sectors

Franchises exist in almost all areas of commercial activity: there are more than 1 600 networks all across France. There are two main branches of sectors:

The traditional sector: even though historians sometimes refer to franchises from the Middle Ages, they actually date back to the 1970s. Among the earliest companies to launch a network concept were hotels, supermarkets, restaurants, manufacturers of home and personal equipment and hair salons.

The growth sector: these are areas that have registered a high growth rate over recent years, such as fast food, laundromats and dry cleaners, personal services. Just walk down any shopping street and you will spot the big franchise names and see just how much business development networking is booming.

Opening a franchise in Europe

Franchise legislation varies from one country to another. However, there is a European Code of Conduct which provides a comprehensive overall framework.  As for the Doubin Law, this governs franchise contracts in France, including the duty of French franchises to provide the franchisee with pre-contractual information. This transparency ensures that the franchisee is properly informed prior to signing.

Dozens of exhibitions are organized all over France throughout the year. The same goes for neighboring countries. Remember that entrepreneurial opportunities extend overseas and that many concepts can be very easily exported.

Why attend a franchise exhibition? 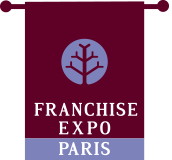 From market research through business models to marketing strategies, all the key areas for entrepreneurial success are addressed. During the few days of an exhibition, you can train, define your business project and join a network, meeting with sponsors and experts in specific fields.

Of all the franchising exhibitions, Paris Franchise Expo is the oldest and the most renowned franchising show in France. Created in 1982, every year it brings together hundreds of exhibitors and attracts no less than 30,000 visitors. For discovering new concepts and joining a franchise network, nothing beats a franchise exhibition: Franchise Expo is held every year at Porte de Versailles.

Organized annually by Ifema in Pavilion 7 of the Feria de Madrid, Expofranquicia is the meeting point for franchising in Spain. More than 570 stores participated in the last edition and more than 20 business sectors were represented.

DeGUT was established in 1985. Today it is the largest entrepreneurial exhibition in Germany, a must-see in Europe for project managers and anyone interested in learning about new business concepts.

DeGut attracts over 6,000 visitors and 150 exhibitors every year. About 30 seminars and workshops are organized on topics that can vary from funding of start-ups, the legal aspects of starting a business to franchising.

Contact our experts to have your Self-service Laundry opened in no time.